For over a century, Dinuba has maintained a forward thinking attitude and strives to positively impact the economic vitality and enhance the quality of life in the region.

Dinuba's government, community groups, and businesses work tirelessly to support the growth and prosperity of this great city.  Dinuba continues to encourage and promote a positive, balanced, vital economy and preserve those unique qualities that are good for business and make Dinuba a very special place to live, work, and play. 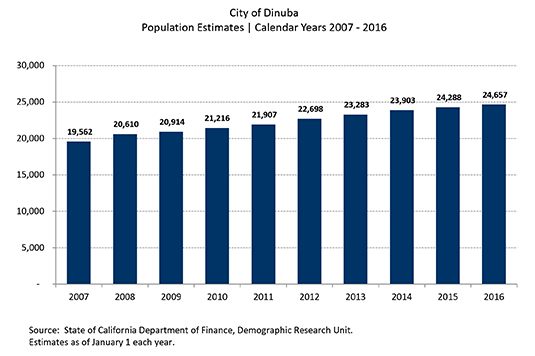 The City of Dinuba Overview – Economy and Employers

The City’s centralized location has attracted a wide range of other industries including manufacturing, distribution and medical: